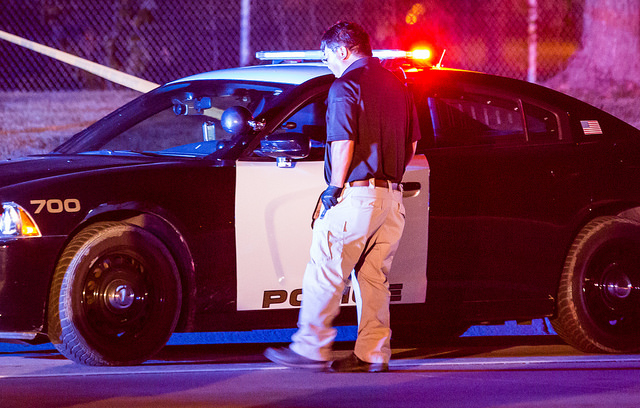 An investigation into a shooting which happened in November of 2018 has been concluded by the Oregon State Police.

According to the report, 46-year-old Richard O’Coyne drove his SUV with an adult male passenger to R-Hogg-Farm motorcycle shop in which was a motorcycle he was in dispute with another man.

O’Coyne fired a gun from inside his vehicle at the front door of the shop, passing through a glass case and coming to rest at the back of the shop.

O’Coyne then drove to the home of Christopher Lorne in Cave Junction where he’d lived previously and had been in dispute with over the ownership of the previously mentioned motorcycle.

Arriving at around 0730, O’Coyne parked 10-15 feet from the home while his passenger slept.

Both Lorne and O’Coynes passenger told detectives they were violently awakened to the sound of gun fire and a stream of profanities as he opened fired on the home.

Leaping out of bed, Lorne rushed to his bedroom window to see O’Coyne continuing to gesture with his rifle and yell at the home. The home owner armed himself with a .45 caliber pistol and returned fire with around 4 shots. Some hit the SUV, but one struck O’Coyne in the head, killing him instantly.

Meanwhile, O’Coynes passenger, who went unidentified in the police report, threw himself out of the SUV to escape the gun battle and was uninjured in the fight.

Since O’Coyne and Lorne were previously known to each other and known to be in a property dispute, an investigation was launched into the possibility of motive for the shooting other than self-defense.

The presence of methamphetamine, cyclobenzaprine, cannabinoids and LSD revealed in the autopsy of O’Coynes body among other evidence at the scene led the DA to decide Lorne in fact acted in self-defense when returning fire.

A self defense shooting is a traumatic event made even more so by the stress of legal problems while the courts decide justification. Self-defense insurance can help relieve some of that stress by providing the financial freedom for proper legal defense. Allowing you to focus more on getting your life back to normal as quickly as possible. And USCCA offers some of the best.

What lessons do you think could be learned from this defensive gun use? What would you have done differently? Leave a comment below to let me know.