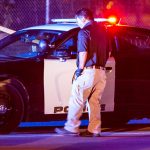 By Brian McLaughlin on March 22, 2019 in defensive gun use

An investigation into a shooting which happened in November of 2018 has been concluded by the Oregon State Police. According to the report, 46-year-old Richard O’Coyne drove his SUV with an adult male passenger to R-Hogg-Farm motorcycle shop in which was a motorcycle he was in dispute with another man. O’Coyne fired a gun from […]